Why Ethanol Works So Well for Botanical Extraction?

As the cannabis industry has mushroomed over the past few years, the share of the market attributed to cannabis extracts has burgeoned even faster. So far, two types of cannabis extracts, butane extracts and supercritical CO2 extracts, have accounted for the production of a vast majority of concentrates available on the market.

Yet a third solvent, ethanol, has been gaining on butane and supercritical CO2 as a solvent of choice for producers manufacturing high-quality cannabis extracts. Here’s why some believe that ethanol is the overall best solvent for cannabis extraction.

Ethanol, Butane, or Supercritical CO2: Which is Best for Cannabis Extraction? 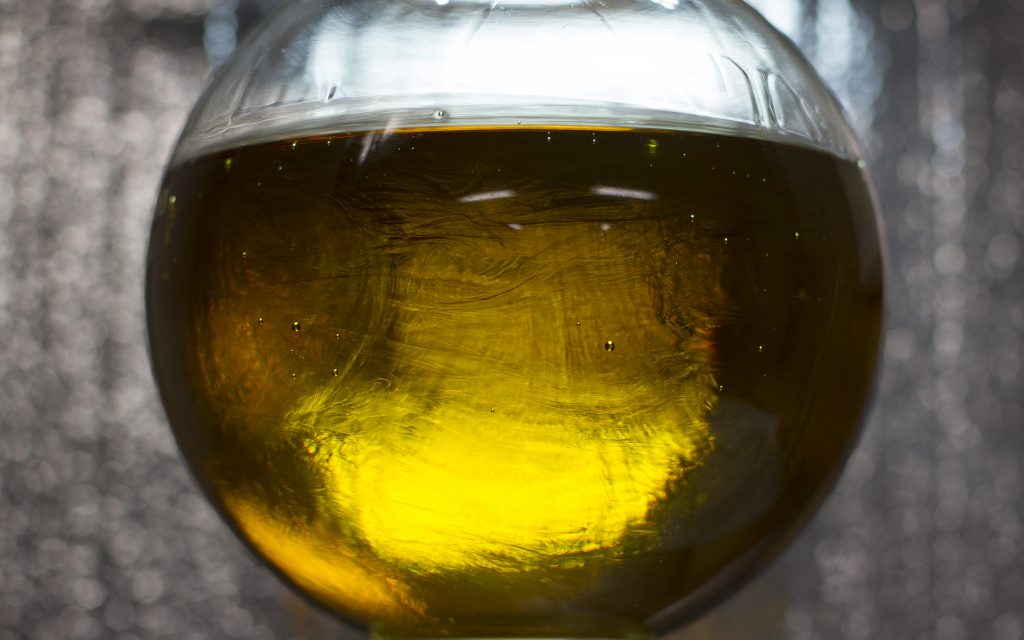 No solvent is perfect for cannabis extraction in every way. Butane, the most common hydrocarbon solvent currently used in extraction, is favored for its non-polarity, which allows the extractor to capture the desired cannabinoidsand terpenes from cannabis without co-extracting undesirables including chlorophyll and plant metabolites. Butane’s low boiling point also makes it easy to purge from the concentrate at the end of the extraction process, leaving a relatively pure byproduct behind.

That said, butane is highly combustible, and incompetent home butane extractors have been responsible for the manifold stories of explosions resulting in serious injuries and giving cannabis extraction as a whole a bad rap. Furthermore, low-quality butane utilized by unscrupulous extractors can retain an array of toxins that are harmful to humans.

Supercritical CO2, for its part, has been praised for its relative safety in terms of toxicity as well as environmental impact. That said, the lengthy purification process required to remove co-extracted constituents, such as waxes and plant fats, from the extracted product can take away from the final cannabinoid and terpenoid profile of extracts yielded during supercritical CO2 extraction.

Capna Labs, a California-based extraction company founded in 2014, considered the benefits and drawbacks of several solvents, including butane and supercritical CO2, before choosing to work with ethanol as their solvent of choice. “Several factors drove our decision to move towards ethanolic extractions at Capna,” says principal engineer Gene Galyuk. “We knew that we needed a solvent as safe as CO2, but as efficient as butane.”

Ethanol turned out to be just that: effective, efficient, and safe to handle. The FDA classifies ethanol as “Generally Regarded as Safe,” or GRAS, meaning that it is safe for human consumption. As a result, it is commonly used as a food preservative and additive, found in everything from the cream filling in your donut to the glass of wine you enjoy after work. 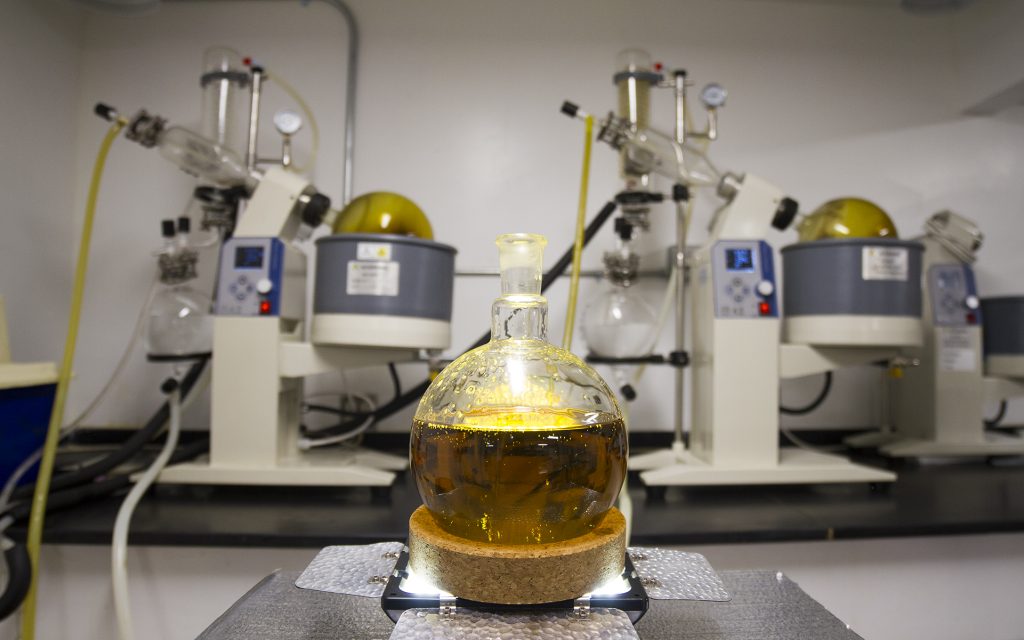 Even though ethanol is safer than butane and more effective than supercritical CO2, a standard ethanol extraction isn’t without its issues. “The biggest hurdle by far was ethanol’s polarity,” says Galyuk of his team’s initial experiments with ethanol extraction. “A polar solvent [such as ethanol] will readily mix with water and dissolve water soluble molecules. Chlorophyll is one of those compounds which will easily co-extract when using ethanol as a solvent.”

When a concentrate retains chlorophyll, it will introduce a dark coloration and a bitter, grassy flavor – and unsurprisingly, not too many patients are excited about dabbing some black shatter or budder that tastes like a freshly mowed lawn.

Through research and experimentation over the span of several months, the team at Capna was able to conceive a method that bypassed both the chlorophyll and the lipids in botanical materials during extraction. This proprietary function allows for the creation of pure ethanolic extracts. The patent-pending process is also capable of removing nearly 100 percent of residual ethanol from the byproduct after extraction, without compromising the cannabinoid and terpene profile captured initially.

Capna Labs’ ethanolic shatter products test below 180ppm of residual ethanol – for reference, the FDA’s ethanol inhalation limit is set at 16,000ppm. The ethanol removed from the finished concentrate can be reused in multiple extractions, which effectively eliminates the production of chemical waste. To date, the Capna Labs team says it has not seen or heard of anyone else using a similar method. 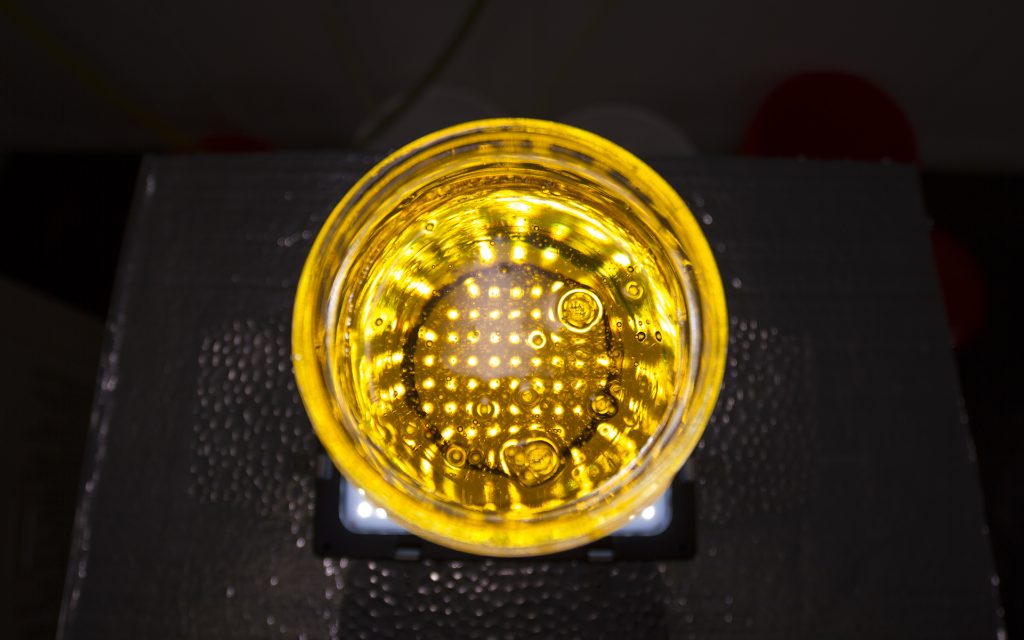 CEO Vitaly Mekk says he founded Capna Labs with a mission to lead by example, introducing professional lab standards and controls to the cannabis extraction industry. “Every process used by Capna Labs is rigorously documented, and every product is tested to be safe for consumers,” adds Casey Ly, VP of business development. “The goal is to empower both businesses and patients with confidence regarding the safety and quality of their products.” Capna’s proprietary product line, The Bloom Brand, provides a testament to this methodology: it’s currently one of the leading concentrates on the California market.

At present, Capna is working on a line of extractors capable of executing their proprietary process, and has already launched an in-house quality assurance department to provide full-spectrum testing for both the general public and retail patients. In the meantime, the team plans to continue to raise the bar of extraction industry standards by expanding its repertoire of partner brands. “We seek to work with like-minded businesses and individuals who create excellent products and constantly develop new ideas,” says Ly. “Every new opportunity is treated like a partnership; we look forward to working with our customers every day.”